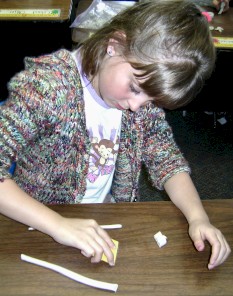 The Davis Learning Strategies program was developed through six years of classroom research and observation. In a pilot study conducted among two California public schools, the program was introduced in successive years to children in grades K-2. Three classroom groups were compared with demographically matched groups, who had received the same basic language arts curriculum without the supplementary Davis program.

The results were positive across all levels. For example, first-grade students scored significantly higher than the control group for the mastery of 100 basic sight words. Follow-up data showed that no special education referrals had been made two years after initial Davis intervention for any of the three pilot classrooms. However, gifted referrals from these same classrooms were higher than the typical school population.

A full report of the results of this study is contained in an article entitled “The Effect of the Davis Learning Strategies on First Grade Word Recognition and Subsequent Special Education Referrals,” in the Summer 2001 issue of the Journal Reading Improvement (Volume 38, Number 2).